Today, the Upper East side of Manhattan is known as one of the most upscale neighborhoods in the United States. But it has a long history of events that took place before famous families like the Rockefellers, Roosevelts, Kennedys, Whitneys and Dukes laid claim to the land.

In the times before Europeans immigrants settled on the Upper East Side, it was a popular fishing destination for Native Americans who would find their meals along the East River Bluffs. Once immigration began to take place, it became a hub for market gardens and agricultural land.

In 1837, the New York and Harlem railroad brought commercial traffic into NYC’s rural areas and the Upper East Side was a center for growth. Piano factories, stables and breweries opened, providing jobs for much of the population. Farmlands were subdivided to make room for expansion.

By the 1880’s the Upper East Side became a prime location for real estate and development. Several Neo-Grec, Queen Anne and Romanesque Revival style row houses were made available to the middle class. Pricier homes were built along 5th Ave. while large tenements provided housing to the working class.

In the 1900’s many of the row houses were torn down to make way for more elegant residences. New schools, churches, synagogues, museums, social clubs and shops were added enhancing the neighborhoods residential appeal. By the 1910’s only the wealthiest people could afford to live on the Upper East Side.

In the 20th century, luxury apartments were constructed in the area making it more accessible to the many people who wanted to live there. East River Drive was constructed making for even more development and commerce in the neighborhood.

And while the area has changed in terms of welcoming people representing various income levels, it maintains its reputation as a coveted and rather expensive place to live. 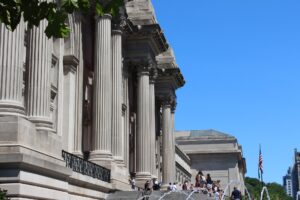 The deep history of the Upper East Side is still visible today in its many historic districts. These include the following:

The neighborhood has been the residential home to countless debutantes and celebrities. In addition to housing the Rockefellers, Roosevelts and Kennedys, it was also the neighborhood of choice for Simon Cowell, Phoebe Cates, Mariah Carey, Andy Warhol and more. It is the location of Gracie Mansion, home of the mayor of New York. 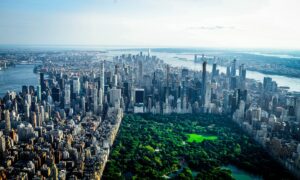 The Upper East Side is a popular neighborhood and development is nonstop. Currently, a few remaining buildings on the 1600 block of 1st Ave. are being demolished seemingly to make way for more new construction. There is also a proposal to build a 233-foot-tall tower for the New York Blood Center on a residential block currently under consideration.

The Upper East Side has a rich history, and the story keeps unfolding every day. It’s colorful people and vibrant buildings are all part of the narrative.